Like a ship’s navigator, leaders need to approximate their position, make a decision, and move on 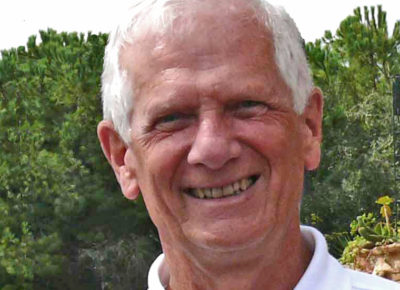 I recently interviewed Scott Wallinger (left) for my podcast, an iconic manager and leader in the forestry profession (http://leadershipnature.com/podcasts/s1e13-scott-wallinger/), and Scott reflected on his lessons in leadership through the lenses of history and experience. Near the end of this episode, Scott talked about the tendency of foresters to analyze things until they have the answer […]

Site Preparation for Leadership: What every manager needs to do to help leadership stick

If you only got a 10 to 35 percent survival rate on your next reforestation project, would you be happy with the result? I don’t think so. Unfortunately, that is the success rate of most training – including leadership training – not necessarily because of the quality of the training itself but because of what […]

Training is great. Don’t get me wrong. I make a good living as a leadership trainer. But entirely too much training is thrown at fixing performance challenges when the root cause of the problem lies elsewhere. This wastes their time, your money and opportunity cost for everyone of taking better action. Much like teaching a […]

Feedback is the Fuel of Leadership

How to lead volunteers and others because they don’t have to be there and they don’t plan to stay. Partially retired and looking for meaningful volunteer work, my wife called a local animal shelter to offer her services, but what happened next is a lesson for anyone who cares about, depends upon, and leads volunteers. […]

Like making fun of Donald Trump’s hair, performance appraisals are an easy target, and I’m tired of the whining. For example, a recent Cornerstone OnDemand/Harris survey reports the following: “Of employed U.S. adults who have experienced their employer’s performance review process Less than half (45%) said the feedback they receive is a fair and accurate […]

Institutional Baggage: When looking back keeps you from going forward

My foot was still on the accelerator when the air bags collapsed in my lap. I had been looking back into traffic and looking for a gap to pull into far longer than I should have and failed to look forward at the car in front of me, who’s driver had changed her mind and […]

Who’s the Fairest Leader of All: Because One Person’s Fairness is Another Person’s Affront

In working with a team of supervisors recently, I asked them to prioritize a list of 14 leadership competencies so that I could coach them on the topics in the right priority for them, but the exercise took an unexpected turn. A leadership competency is a bundle of behaviors” or a set of related skills […]