On episode 6 of the Land of Legacy series, retired Army Col. John Spearman shares his story about marrying into a traditional farming family, and how he learned – and grew – in some surprising ways.

Like all Tree Farmers, John’s story is unique, and it involves his family every step of the way. But if you think marrying into an already working farm operation is easy – think again, because John’s story demonstrates that familiar Tree Farmer grit, intelligence, and adaptability with an eye to the future. You’ll sit with John and his son, Vaughn, a forestry and wildlife professional himself, in their favorite spot among hardwood trees at the edge of an escarpment on the Santee River. You will not only hear their history and their stories of edible plant hikes, light-tackle fishing and special places, but you will also learn how the family farm evolved, weathered the eye of Hurricane Hugo, worked as a team through military deployments, and how John’s graduate work took Tree Farm planning to a new level. You’ll learn about “trashy farming” and how it reinvigorated their quail population, what Deer Hill Farm taught the world about longleaf pine, and how the Tree Farm became the hub of formal research that gained John and his family international fame. But you won’t just be a witness to their journey, you’ll feel like you are a part of the family as you join three generations – some with very small voices – romping in a wild berry patch and feeding the fish at their favorite pond.

John Spearman is a true legacy-leader in the SC Tree Farm community, and shares his passion, big heart, big smile, and big dream for leaving the land better than he found it with anyone who is willing. For this and many other reasons, John won the 1999 SC Tree Farmer of the Year and the 2004 Regional Tree Farmer of the Year. It is with the utmost respect, love, and honor, that we are able to share his story with you.

[2:10] The Colonel introduces his son, Vaughn, who is a forester!

[5:50] John and Vaughn describe their land and some of its important historical landmarks.

[14:10] Colonel Spearman proposed the idea to his father-in-law to plant pine trees on the property.

[20:00] When John’s father-in-law passed away, his own father took on the role of managing the farm for a time in John’s absence.

[21:25] After Col. Spearman received the District Tree Farmer of the Year Award, he wanted to know how to go higher and earn the State Award!

[22:15] How do you properly market the timber on a Tree Farm? Well, let’s just say Col. Spearman got creative.

[26:45] Do quail and turkey flourish in a pine plantation? You’ll find out here.

[29:10] What research projects is Col. Spearman currently involved in, and what has he learned from them so far?

[35:05] Col. Spearman explains what the watershed has to do with it.

[36:00] Vaughn shares how they make money off of their Tree Farm, and it’s not just from trees!

[37:30] John shares his plans for the future and what he hopes to achieve with the farm and the family.

[40:10] The way he sees it, it’s Colonel’s duty to leave the land in a better condition than when he came to it.

[40:40] How does Col. Spearman plan to pass along the Tree Farm to his children? 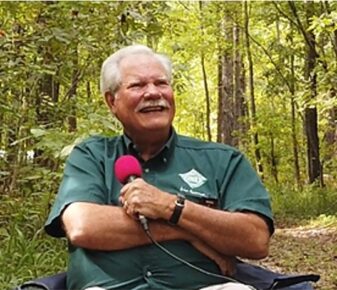 Retired Army Col. John Spearman Jr., 1999 South Carolina Tree Farmer of the Year, tells the story of Deer Hill Plantation, once in the eye of a hurricane and always with an eye on the future Emily Oakman, Director of Landowner Outreach, Forestry Education and Programs at Forestry Association of South Carolina and Producer of the Land of Legacy Series