In the final episode of the Land of Legacy series, Wallace Wood immerses us in pine savannahs, wildflower blooms, and his childhood memories, taking us back through time in his woods.

Growing up on a small beef, cattle and timber farm in McCormick County, Wallace spent much of his youth in and around the pulpwood business as a “true shade tree mechanic.” Starting out with a modest 35 acres of woodlands that he managed mostly with a chainsaw and prescribed fire, things got more exciting and complex after he added to the family timber holdings. His only regret?  Not buying more land! As a youngster, he worked in a fair amount of horseback riding, hiking, and fishing between his farm chores, but his boys grew up with more mechanized hobbies – and a little mischief of their own. No wonder Wallace says some of his best memories are from working on the farm and in the woods together – as a family.

Not only has Wallace passed along the conservation ethic to his boys but to many thousands of landowners as a Clemson Extension County Agent, a Master Tree Farmer educator and a leader for the Upper Savannah Land Trust. He has also learned important lessons from those experiences, one being the importance of succession planning where he has seen firsthand that “poor succession planning leads to problems.” But this is not a problem for Wallace and Susan, because their boys know what land they’ll be getting and what to do with it when it’s their turn as stewards of the forest.

Wallace is a humble man and a passionate SC Tree Farmer, and his love of the land is contagious. These and all of his accomplishments led him to receive the Extension Superior Performance Award, the National Association of County Extension Agents Distinguished Service Award, the 2011 SC Tree Farmer of the Year, the 2019 Peggy Adams Conservation Award from the Upper Savannah Land Trust, and induction into the Lever Extension Hall of Fame at Clemson University in 2015. We are honored to share this experience with you and truly humbled by his story.

[4:35] How did Wallace get started in Tree Farming?

[9:25] Wallace’s father struggled financially early on and many people wanted to buy this land. But he would not sell it.

[13:10] Wallace shares a fun story of what he and his family did one Christmas Eve on the farm.

[16:10] Wallace talks about the Master Tree Farmer program and how it’s helped him and his Tree Farm grow.

[16:55] What’s it like being nominated State Tree Farmer of the year?

[19:20] What is a conservation easement, and who should consider getting it?

[23:20] One of the largest gold mines was developed here before the Civil War.

[28:45] Wallace is very proud of his property and the vast diversity of God’s Creation. He is passionate about sharing everything he’s learned with others.

[29:10] What advice does Wallace have for other landowners and Tree Farmers?

[32:20] Wallace is so grateful and blessed he doesn’t see any city lights anywhere near his property.

[35:25] We don’t know what the future holds, so it’s important that you have some flexibility with your land use.

[39:30] Wallace’s motto is to leave the land better than when you found it.

[42:20] The biggest hurdle Wallace and his team have found within the Tree Farm program is helping landowners get a management plan.

[44:55] Wallace is passionate about the outdoors because during his childhood he was sick in bed for nine months. After that experience, he never wanted to be stuck indoors again. Wallace and Susan Wood at home on Pineview Farm, 2011 South Carolina Tree Farmers of the Year 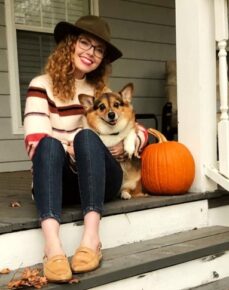 Emily Oakman, Director of Landowner Outreach, Forestry Education and Programs at the Forestry Association of South Carolina and Producer of the Land of Legacy Series